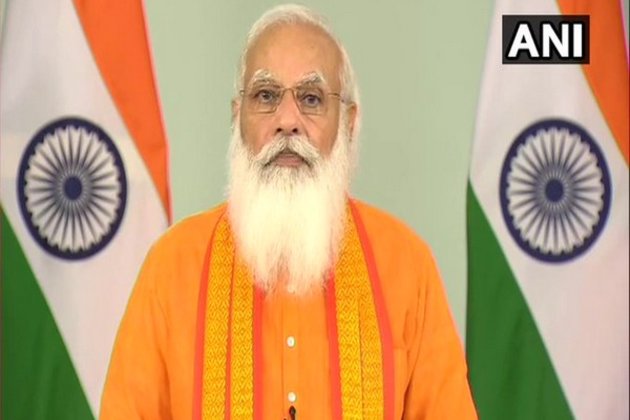 New Delhi [India], July 31 (ANI): Prime Minister Narendra Modi has asked Members of Parliament (MP) to take the government's report card to the people many times. In absence of readily available data, many are yet to take central schemes to the people. The wait, it seems, for what Modi government did in seven years may have been over.

The book titled 'Accelerating India-7 years of Modi government' edited by KJ Alphons, retired IAS and a former union minister has a foreword by NSA Ajit Doval. "Many of the bureaucrats including Alphons believe that government is accountable to the people and thus warranted an initiative to list the facts and stats of development and reforms in a narrative manner. For those who love or hate PM Modi should read it," said Alphons.

Speaking to ANI, Alphons who started working on collating information said, "A work like this has never been done before. This documentation of achievements of the Modi government puts on record the number of reforms undertaken and policies introduced. Those who need to understand what Modi government did and planning to do for the country, those making policies, those who admire the PM and those who hate the PM should read this book," said the former union minister and an MP from Kerala.

National Security Advisor Ajit Doval in his foreword in the book has appreciated the act of former civil servants coming together to share their perspectives on initiatives undertaken by PM Modi and listed achievements in the national security front and other fields.

"On the security front, the policy of zero tolerance on cross-border terrorism has yielded results. Pakistan's complicity in terror financing has been highlighted on major international platforms including in FATF. The pressure exerted by India on the military front has imposed costs on Pakistan," read one of the paras from his foreword.

"India's capability and resolve to protect its sovereignty and territorial integrity have enhanced its international credibility and resolve. A strong message has been sent that any unilateral attempt to change the status quo along the Line of Actual Control (LAC) will be foiled. Strategic infrastructure projects along with borders have been accelerated, the appointment of CDS done, the government strengthened bilateral relations and the government has prepared National Cyber Security strategy 2020," the foreword reads.

Former secretary education Vrinda Sarup said while writing on education she delved deep into the reforms like new education policy, examination system from rote learning to analytics-based knowledge and integration of skill sets into academics. "I also have written on the way forward in education where leadership for change is required," she said while speaking to ANI.

Amitabh Kant, CEO of NITI Ayog has emphasised PM Modi as a reformer. "Empowerment has been at the core of Prime Minister Modi's reform agenda over the last seven years. Small but significant steps like empowering a student in a remote village to access education, enabling a family to seamlessly secure an LPG connection, helping a small businessman open a bank account in minutes, bringing the internet to over 700 million Indians, doing away with redundant business-unfriendly regulations have been instrumental in creating a connected, collaborative and cohesive ecosystem for citizens," said Kant.

On September 15, 2021, the heads of government of Australia, the United Kingdom, and the United States announced the formation ...

WASHINGTON D.C.: In a move that highlighted the Biden administration's frustration, the U.S. this week added Guatemala Attorney-General Consuelo Porras ...

WASHINGTON D.C.: Tigers and lions at the Smithsonian's National Zoo in Washington, which were infected last week with COVID-19, are ...

SYDNEY, NSW, Australia - Stocks in Asia forged ahead on Thursday as fears over an imminent collapse of China's largest ...

SYDNEY, NSW, Australia - Stock markets in Asia settled down on Wednesday a China Evergrande announced that it was paying ...

NEW DELHI, India: The Competition Commission of India (CCI) has declared that Google abused the dominant position of its Android ...

The Island of Dr. Moreau