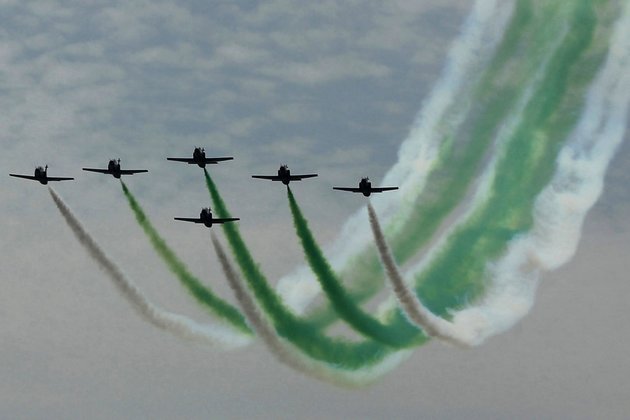 ISLAMABAD - Pakistan rejected as "entirely baseless" India's renewed claims that an Indian pilot shot down a Pakistani F-16 fighter jet during a February 2019 aerial skirmish between the two nuclear powers.

Tuesday's reaction came a day after the Indian president awarded pilot Abhinandan Varthaman the country's third-highest honor for displaying "exceptional resolve in dealing with the adversary in a brave and dignified manner." The ceremony in New Delhi was also attended by Prime Minister Narendra Modi and top military officials.

"The citation of the award to the downed Indian pilot is a classic case of Indian fabrications and pure fantasy to appease domestic audience and hide the embarrassment," said a Pakistan Foreign Ministry statement.

Indian Air Force officials at the time said that Varthaman managed to shoot down a Pakistani F-16 during the Feb. 27 aerial battle, before his own plane took a missile hit and he ejected safely into the Pakistan-ruled part of the disputed Kashmir region. Islamabad swiftly denied Indian claims. 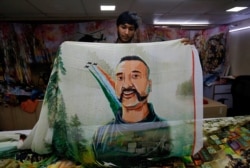 FILE - A salesman displays a sari, a traditional clothing worn by women, with a printed image of Indian Air Force pilot Abhinandan Varthaman, who was captured and later released by Pakistan, inside a sari manufacturing factory in Surat, India, March 8, 20

The Indian pilot was taken into custody by Pakistani troops and released two days later, bringing the two countries back from the brink of war.

"International experts and U.S. officials have already confirmed that no Pakistani F-16 was shot down on the day, after taking stock of Pakistani F-16 aircraft," Pakistan's Foreign Ministry asserted in its statement Tuesday.

"Granting military honors for imaginary feats of gallantry is contrary to every norm of military conduct," it said, adding that Varthaman's repatriation was testimony of Pakistan's "desire for peace despite India's hostility."

The Indian air force recently promoted the pilot to the rank of group captain while Pakistani pilots who downed Varthaman's plane have also been given prestigious military awards.

The February 2019 dogfight erupted hours after India carried out a cross-border airstrike against alleged militant camps in Pakistan blamed for a recent suicide bombing in the Indian-ruled part of Kashmir that killed 40 Indian soldiers.

Islamabad rejected New Delhi's claims, saying the Indian strike caused no damage on the ground nor were there any militants.

India and Pakistan have fought three wars and their dispute over Kashmir remains the primary source of diplomatic and military tensions.