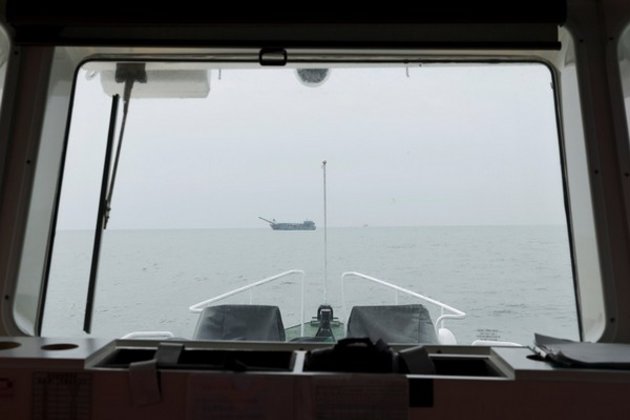 Hong Kong, November 25 (ANI): In the latest headache for the global supply chain, ships in Chinese waters are disappearing from industry tracking systems.

Laura He, writing in an opinion piece in CNN said that analysts started noticing the drop-off in shipping traffic toward the end of October, as China is prepared to enact legislation governing data privacy.

China's desire to retain absolute control over all data and information within its borders isn't surprising, as President Xi Jinping continues to reassert the ruling Communist Party's dominance in every aspect of the economy and society, reported CNN.

The country has been pushing for economic self-sufficiency as it faces external threats, such as US sanctions on key technologies.

Xi emphasized his self-reliance goals in the years before and during a bitter trade and tech war with former US President Donald Trump. That's the point, for example, of "Made in China 2025," an ambitious plan to push China's manufacturing sector into more advanced technological fields.

Usually, shipping data companies are able to track ships worldwide because they are fitted with an Automatic Identification System, or AIS, transceiver.

This system allows ships to send information -- such as position, speed, course and name -- to stations that are based along coastlines using high-frequency radio. If a ship is out of range of those stations, the information can be exchanged via satellite.

But that's not happening in the world's second-largest economy, a critical player in global trade. In the past three weeks, the number of vessels sending signals from the country has plunged by nearly 90 per cent, according to data from the global shipping data provider VesselsValue.

Meanwhile, China's Ministry of Foreign Affairs told CNN Business that AIS stations along Chinese coastlines that are legally constructed in accordance with international treaties "have not been shut down" and "are operating normally."Publicly available AIS platforms are also operating normally, it added.

The State Council Information Office, which acts as a press office for the country's cabinet, did not respond to a request for comment about why shipping providers were losing access to data.

But analysts think they have found the culprit: China's Personal Information Protection Law, which took effect November 1. It requires companies that process data to receive approval from the Chinese government before they can let personal information leave Chinese soil -- a rule that reflects the fear in Beijing that such data could end up in the hands of foreign governments, reported Laura.

The law doesn't mention shipping data. But Chinese data providers might be withholding information as a precaution, according to Anastassis Touros, AIS network team leader at Marine Traffic, a major ship-tracking information provider.

Other industry experts have more clues of the law's influence. Cook said that colleagues in China told her that some AIS transponders were removed from stations based along Chinese coastlines at the start of the month, at the instruction of national security authorities. The only systems allowed to remain needed to be installed by "qualified parties", said Laura.

Not all of the data is gone, satellites can still be used to capture signals from ships. But Touros said that when a ship is close to shore, the information collected in space is not as good as what can be gathered on the ground.

With Christmas approaching, a loss of information from mainland China -- home to six of the world's 10 busiest container ports -- could create more problems for an already troubled global shipping industry.

Supply chains have been under strain this year as badly congested ports struggle to keep up with a rapidly rebounding demand for goods. (ANI)