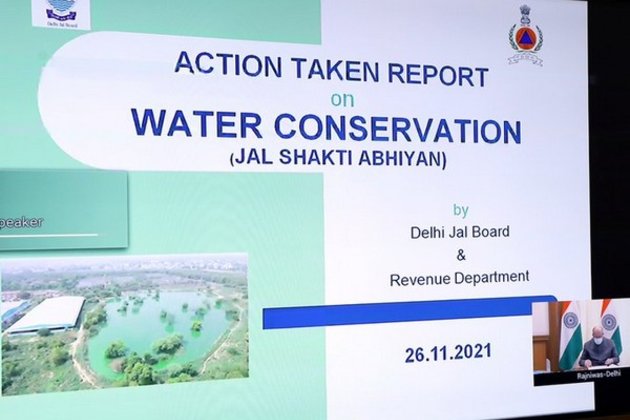 "Reviewed the progress of the implementation of Jal Shakti Abhiyan and restoration and rejuvenation of water bodies in Delhi with Chief Secretary, Delhi, Vice-Chairman, DDA and other senior officials," tweeted Delhi Lieutenant Governor.

While appreciating the efforts made by different Departments towards conservation of water and revival of water bodies in Delhi, Baijal emphasized upon the development and maintenance of watershed areas of water bodies for sustainable water recharge.

"The officials were also advised to timely complete the process of mapping and geo-tagging of all remaining water bodies in Delhi. It was also suggested that for eliciting greater participation and ownership of the community in water conservation efforts,....", tweeted Baijal.

"...the project sites of rejuvenated water bodies be made an integral part of field visits by school children besides developing these water bodies as tourist attractions by way of provision of basic amenities," Baijal said.

On July 1, 2019, the Central government announced the commencement of the Jal Shakti Abhiyan - a campaign for water conservation and water security. (ANI)