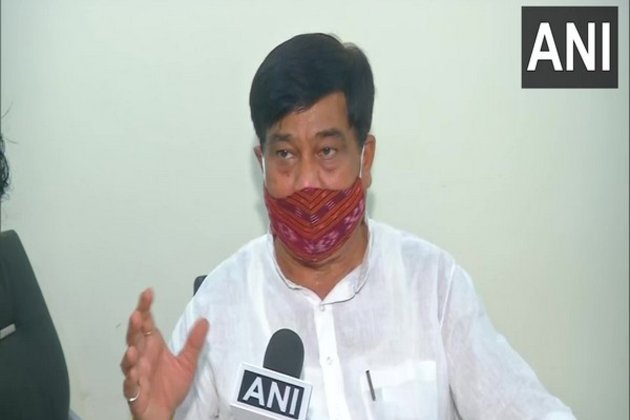 Bhubaneswar (Odisha) [India], May 12 (ANI): Odisha's Food Supplies and Consumer Welfare Minister, Ranendra Pratap Swain on Wednesday, wrote a letter to the Union Minister Piyush Goyal, urging and seeking his personal intervention to resolve the issues regarding the release of subsidies, evacuation of surplus rice, lifting of wheat from Food Corporation of India (FCI) and the allocation of 100 per cent rice under the Public Distribution System (PDS).

In his letter, Swain raised concern over the delayed release of food subsidy by the Government of India.

As per the MoU signed with the Government of India, there has to be zero financial liability on the State Procuring Agency with regard to the permissible items of cost for procurement of the rice to be borne by the Centre.

"The State Civil Supplies Corporation, the major procuring agency of the State Government is to receive Rs 7,931.90 crore as provisional subsidy and an advanced subsidy of Rs 2,402.19 crore with total subsidy claim standing at about Rs 10,334 crore by the end of April 2022. The additional interest incurred till 31 March 2022 because of the delay in release and short release of subsidy comes to around Rs 5,454.67 crore which remains unrecouped and should be paid by the Government of India," Swain wrote in his letter.

The letter further read, "In the ensuing Kharif Marketing Season (KMS) 2021-22, out of 52 lakh MT of the estimated procurement of rice, Odisha's own consumption was about 39 lakh MT under the PDS and other welfare schemes and the State is likely to have a surplus of 13 lakhs MT of rice which should be lifted immediately for a smooth procurement operation.""In addition to this, the State Government has taken all necessary steps to deliver 5 lakh MT of fortified parboiled rice to FCI as per the target given by the Department of Food and Public Distribution (DFPD), Govt. of India. The State is in a position to deliver a higher quantity of fortified parboiled rice and DFPD has been requested to give an additional target of fortified parboiled rice during the KMS 2021-22," it continued.

Swain also requested the Union Minister to make available the required wheat stocks for Puri, Khordha and Nayagarh districts at the FCI Depot at Jagatpur, Cuttack.

Besides, Swain also urged for the allocation of 100 per cent rice to Odisha under National Food Security Act/Pradhan Mantri Garib Kalyan Anna Yojana (NFSA/PMGKAY) for distributing the beneficiaries as was done in the case of Assam, Andhra Pradesh, Chhatisgarh, Goa and Telangana. (ANI)