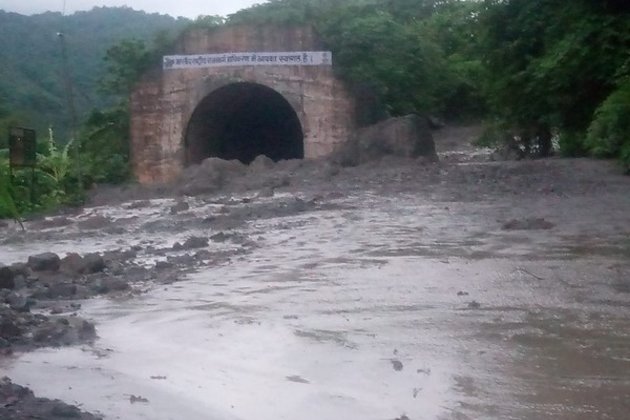 After clearing the tunnel on Sunday, it saw another major landslide on Monday.

The district administration has requested the commuters to avoid all unnecessary travelling across this route. The official, meanwhile, informed that the essential commodity vehicles towards Barak Valley and adjoining states will be given priority.

Flood and landslides have claimed 27 lives in Meghalaya this year so far.

Earlier in the day, the state Chief Minister Conrad K Sangma visited Dagar and Kenmynsaw under Mawsynram Block in East Khasi Hills and met families of those killed in the recent landslides.

He also handed over the sanction letter of the financial assistance being released to the next of kin of the deceased.

During his visit to the area, the Chief Minister met village leaders and assured them all assistance to the affected area.

He also assured that the state government is working to ensure that electricity and mobile connectivity are restored in the affected areas.

On Sunday, Sangma, along with Home Minister Lahkmen Rymbui, visited and took stock of the damages after a landslide on NH 6 at Lumshnong in East Jaintia Hills district in presence of district officials, PWD Engineers and NHAI officials. (ANI)