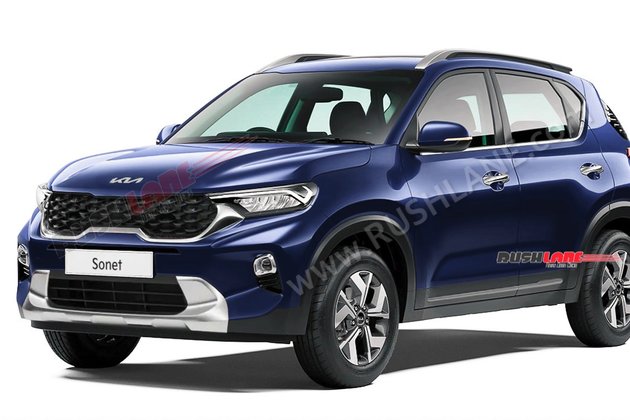 Kia India made its debut in India in 2019. The first car they launched was the Seltos. A year later, Sonet was launched. And 2 years after that, Carens was launched. Today, Kia India lineup includes Seltos, Sonet, Carnival and Carens along with the new EV6 electric crossover.

Even as each of these models add good numbers to monthly sales, it is the Seltos and Sonet that contribute the most. India sales have crossed the 1.5 lakh unit milestone since it was launched in September 2020, 21 months ago.

is one of the best selling compact sub 4m SUVs in India. It contributes nearly a third (32 percent) to Kia India total sales. It has about 15% market share in the segment which includes the likes of Nexon, Brezza, Venue, XUV300, etc. Kia has revealed that 26 percent of Sonet buyers opt for the top spec X Plus variant.

Table below shows the monthly performance of Sonet since it was launched in India. First 3 months saw the highest sales of 32k units. Thereafter, sales have gradually declined. Only to get picked up in recent months.

What makes the such a popular car? For starters it was the first to be offered with iMT technology in India which attracted the attention of 25 percent Sonet buyers. 22 percent of buyers opt for automatic transmission variants while 41 percent buyers show more preference for diesel engine. is offered in a total of 10 exterior colour options. The two most preferred colours are Glacier White Pearl and Aurora Black Pearl.

The 5 seater SUV is sold in two broad variants of Tech Line and GT Line. It is further presented in six trims of HTE, HTK, HTK+, HTX, HTX+, and GTX+, while it also gets a limited-run Anniversary Edition based on the HTX trim. Priced from Rs 7.15-13.79 lakh (ex-showroom), the Sonet boasts of a long list of features among which are a 10.25 inch touchscreen infotainment system with Android Auto and Apple CarPlay, sunroof, wireless phone charging system, an air purifier and UVO connected car technology. It also sees a long list of safety equipment. The Sonet sports upto 6 airbags, tyre pressure monitoring system as standard, vehicle stability management, electronic stability control and ABS and EBD.

scores high in fuel efficiency too, which ranges between 18.4 km/l and 24.1 km/l; depending on engine and transmission options. Its high sales in this segment is particularly noteworthy as it has a long list of contenders among which are Hyundai Venue, Tata Nexon, Mahindra XUV300, Renault Kiger, Toyota Urban Cruiser, Nissan Magnite and Maruti Suzuki Brezza.