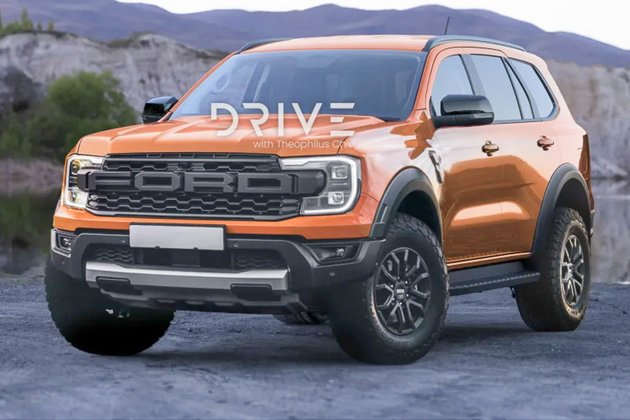 Ford quit its operations in India last year and that brought an end to some of the iconic models from the Blue Oval brand in our country. Meanwhile, internationally Ford introduced a new generation model of Everest which was known as Endeavour in India until a few months back.

Endeavour was one of the most loved D segment SUVs in the country, along with its prime nemesis Toyota Fortuner. The new-gen Endeavour made its global debut in March earlier this year and since then it has gone on sale in Thailand. Ford is now planning to launch a more off-road-oriented variant of the full-size SUV in the near future.

Patent images of what is supposedly referred to as the Wildtrak variant of 2023 Endeavour have been leaked on the internet. These patents have been filed by Ford with the office for Australian intellectual property and reveal a more rugged 4WD version of the large SUV designed to take on serious off-road terrains.

The SUV takes inspiration from the new Ranger Wildtrak which is a hardcore off-road variant of the pickup truck. Front end of Endeavour Wildtrak features X-shaped vertical bars that are finished in black on its UTE sibling. It stands on newly designed 19-inch or 20-inch alloy wheels that are not seen on any current Ranger or Endeavour model. Rest of the details are similar to the new-gen Endeavour.

Leaked images reveal the presence of a 360-degree camera module on the undersides of its ORVMs. This indicates that the Wildtrak variant will be positioned high up in the Endeavour range, probably just below the top-spec Platinum trim. However, there has been no confirmation regarding the launch of such an off-road focussed variant of Endeavour from Ford yet.

The new-gen Endeavour is visibly larger than the outgoing model and also packs more goodies in its equipment. The most prominent addition to the feature's list is ADAS (Advanced Driver Assistance System). The ADAS suite in Endeavour would include safety features like a rear cross-traffic alert, blind zone warning, autonomous emergency braking system and more.

Changes have been made in powertrain department as well as the new Endeavour is offered with four engine options including a 2.3-litre EcoBoost turbo petrol mill, a 2.0-litre four-cylinder EcoBlue diesel unit in two derivatives- a single turbo and a bi-turbo, and a new 3.0-litre V6 turbo diesel unit. A 10-speed torque converter automatic gearbox is being offered as standard across the range.

2023 Ford Endeavour is offered in both 2WD and 4WD options, the latter is equipped with a low-range transfer case as well as differential locks for better off-roading abilities. Overall, Ford will be offering the new Endeavour in six trims depending on the market namely Ambient, Trend, Trend Sport, Titanium, Wildtrak and Platinum.