US military assistance irks Beijing amid its quest to dominate Taiwan 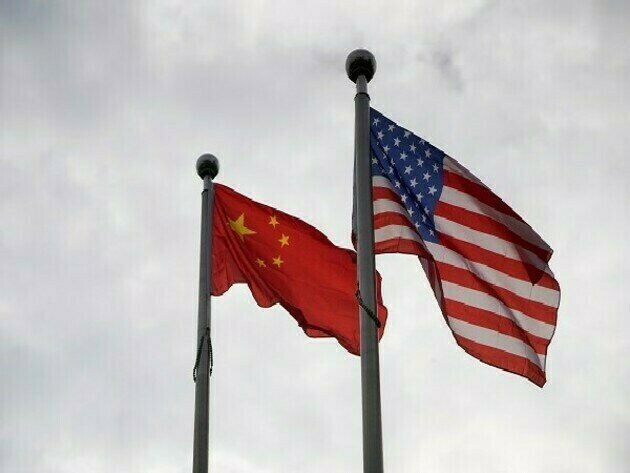 Beijing [China], July 18 (ANI): Amid the excessive ongoing military exercises by China in the South China Sea and its growing quest to dominate Taiwan, the US State Department has approved military-technical assistance to Taiwan for an estimated cost of USD 108 million on Friday.
The deal is the US' fourth arms sale to the island of Taiwan in 2022 and the fifth under the Biden administration reported to the Global Times.
A week after a five-hour high-level bilateral meeting was held on July 9, the US sent a warship close to China's Nansha and Xisha islands in the South China Sea as well as finalised new arms sale to the island of Taiwan.
The US destroyer USS Benfold sailed in the South China Sea near the Nansha Islands on Saturday, amid Beijing's incessant efforts to dominate an increasingly competitive geopolitical tussle in a region of great strategic importance.
However, the Chinese side considered the move a military provocation and pointed out the internal conflicts and chaos in the US' policymaking, saying the widening gap between US words and deeds has made the US "not trustworthy at all" in international affairs.
The PLA Southern Theater Command also warned the USS Benfold on Wednesday and stated that the PLA is preparing for the worst-case scenario in which a cross-Straits conflict would take place in order to safeguard national sovereignty and territorial integrity, analysts said.
Diao Daming, an associate professor at the Renmin University of China in Beijing, told the Global Times in an earlier interview that the Washington-proposed "guardrails" are entirely self-serving, as it wants to keep the bottom line of China-US relations stable and free of high-intensity conflict. But at the same time, it seeks to contain China's development.
Moreover, the recent meetings between Chinese State Councilor and Foreign Minister Wang Yi and US Secretary of State Antony Blinken in Bali, have also underlined the two sides' consensus on avoiding escalating confrontations.

Wei Dongxu, a Beijing-based military expert took a dig at the US and pointed out that in addition to a hegemonic mentality behind its intensifying military provocations.
The US also feels anxious over China's growing capabilities to defend itself, he said.
China is continuously holding military exercises in a large area in the South China Sea from Sunday to Wednesday, according to a navigational notice released by the Maritime Safety Administration on Friday.
Apart from conducting exercises in the South China Sea, Beijing has been infiltrating Taiwan's air space almost on a daily basis since late 2020 to ramp up pressure on the island.
China breached Taiwan's air defence identification zone in January also when 35 of its military aircraft, including J-16s and one H-6 bomber joined four other support planes and entered its ADIZ.
The issue of Taiwan has been at the forefront of US-China relations in recent months. Tensions between China and Washington, which is committed to supporting the island's self-defence, and Beijing over Taiwan were in the open earlier this month when their respective defence chiefs met at the Shangri-La Dialogue defence conference in Singapore.
Taiwan and mainland China have been governed separately since the defeated Nationalists retreated to the island at the end of the Chinese civil war more than 70 years ago. But China's ruling Chinese Communist Party (CCP) views the self-ruled island as part of its territory despite having never controlled it.
Beijing has not ruled out military force to take Taiwan and has kept the pressure on the democratic island over the past few years with frequent warplane flights into the island's ADIZ.
An ADIZ is unilaterally imposed and distinct from sovereign airspace, which is defined under international law as extending 12 nautical miles from a territory's shoreline. (ANI)