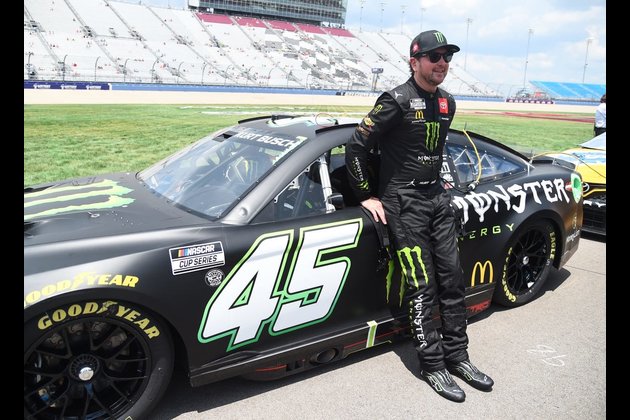 Kurt Busch will miss his third straight race due to concussion-like symptoms on Sunday when he doesn't drive the No. 45 car at Michigan International Speedway.

Busch was injured during a qualifying crash at Pocono Raceway on July 23 and missed the following day's race. He also sat out last weekend's race on Indianapolis Motor Speedway's road course.

Ty Gibbs will replace Busch in the 23XI Racing team's Toyota for the third straight race.

"I am continuing to make improvements every day," Busch said on Twitter. "I know Ty will continue to do a great job representing 23XI and the No. 45 Monster Energy team this weekend in Michigan. I am working hard to get back to 100% and it's my hope to be back in the car at Richmond Raceway (the following weekend). Thanks to everyone for the continued support and I look forward to being back on track soon."

Busch has received a waiver from NASCAR to remain eligible for the playoffs despite missing races due to the injury.

"We're looking forward to Kurt being back to 100% and on track," 23XI Racing said on Twitter.

Gibbs, 19, placed 16th at Pocono in his NASCAR debut and followed up with a 17th-place finish at Indy.