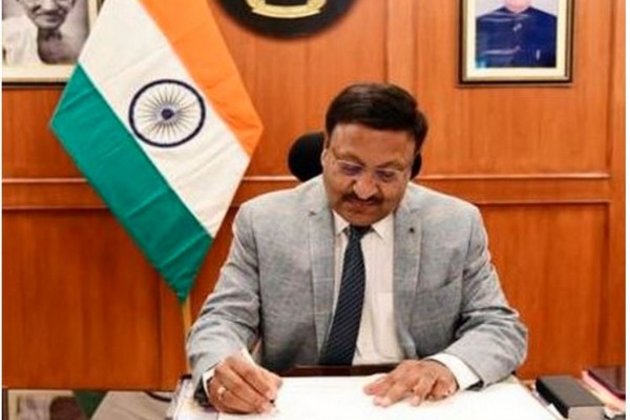 He also hinted at preponement of the Election in three tribal constituencies in the early snowfall-prone areas of Kinnaur, Bharmaur and Lahaul-Spiti district of the state.

"Actually in a way you are asking about the schedule of the elections that will be a decision which will have to be taken at right time but as far as you are talking about the snow-prone areas, the representatives of political parties during our meetings here have also raised this issue. We have taken up these issues and we shall take all these into consideration," said CEC Rajiv Kumar.

He also stressed that the elections would be held as per the timeline.

"There are 68 assembly constituencies in the 12 districts of the state, out of which 48 are general 17 SC, and 3 are from ST. There are a total of 53.8 lakh voters in the state. Out of which there are 54 thousand differently-abled voters while 127662 are old-age voters. 1294 voters are above the age of hundred years," said the CEC.

He said that model polling stations will be set up in every assembly constituency and basic facilities like water, toilets and other arrangements will be made for the voters at all the polling stations.

"Elderly and differently-abled voters who will be unable to come to the polling station can cast their vote after enrollment through the 12d form from home. Ramps, wheelchairs and volunteers will also be present in the polling station for PWD voters," he noted.

The C vigil APP has also been launched informed the CEC.

"This app will prove useful to make elections fair and reduce the effect of money. If there is any discrepancy anywhere, then complaints can be given through this app. Any complaint action will be taken within 100 minutes," he noted.

On the questions being raised on the fairness of EVMs, he said that since 2004, 142 Vidhan Sabha and 4 Lok Sabha elections have been conducted through EVMs. Complete transparency has been found in this.

"Every voter should know who he is choosing. What kind of past record does the candidate have? To make aware of the criminal record of the candidate, KYC i.e. Know Your Candidate app has been created in which all the information about the candidate will be available. In the newspapers also, the candidate will have to give about a criminal record. The proper arrangement will be made so that money and liquor are not used to influence voters in the elections."For visually impaired voters, the Barrel method was suggested so that the voter can use the vote properly.

The Commission held a review meeting with all the Divisional Commissioners, Deputy Commissioners and Superintendents of Police. A detailed presentation was also given by the district administration and police heads here about the measures to be adopted and steps taken to ensure smooth conduct of elections in the State.

The Commission also held a meeting with the law enforcement agencies with regard to various modalities to be adopted for conducting free, fair and inducement-free elections in the State.

The CEC also launched a Chatbot - Voter Saathi and an "Online Election Quiz" for voter awareness developed by the Himachal Pradesh wing of ECI. The quiz will start on September 23 and continue till October 10, 2022.

The first three winners of the online quiz will be given a cash prize.

During this visit, the team also had Meeting with National Recognised Political Partiesapart from this meeting with Chief Secretary, State Police Chief and other Officers Meeting with enforcement agencies were conducted.

Today on the final day inauguration and viewing of the election exhibition followed by the release of Election Song, Jingles, Cultural Programme of Systematic Voters' Education and Electoral Participation (SVEEP) activities were also organised in Shimla. (ANI)