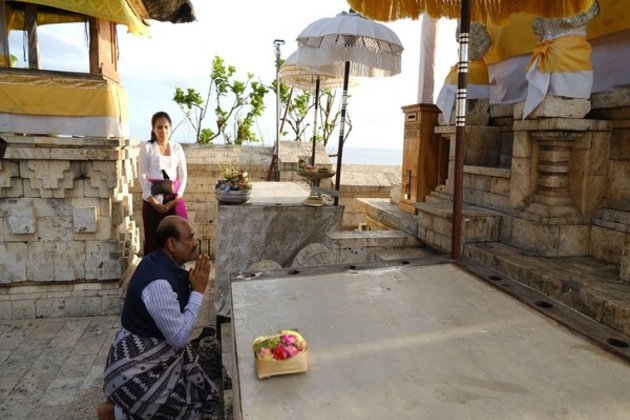 "The entire theme of the Statue is premised on Indian mythology. On this occasion, Birla was briefed about the concept and inspiration behind the statue. Birla was happy to note that India's cultural excellence is beautifully reflected in Balinese ethos," according to an official release.

After that, Birla reached the world-famous Uluwatu Temple in Bali. This Temple is one of Bali's nine key directional temples. Adorned with marvellous architecture, it is situated at a unique place with thick clouds overhead and waves washing the cliffs.

Later in the day, Birla watched Kecak dance performance at Uluwatu Kecak Dance Open Theatre, Bali. As this dance is inspired by Ramayana, it evokes a feeling of pride among people, particularly those of Indian origin, that India's rich culture continues to articulate a way of thinking in such far-flung areas.

The P20 Summit, which will be inaugurated tomorrow i.e. on 6th October 2022, will deliberate on the overall theme "Stronger Parliament for Sustainable Recovery". The delegates will also join the debate on four sub-themes under the broad ambit of the overall theme. A Joint Statement will be adopted at the end of the Summit.

Birla will address the distinguished gathering as Keynote Speaker on the theme "Effective Parliament, Vibrant Democracy" on 6th October 2022. He will also participate in the debate on the theme "Emerging Issues: Food and Energy Security, And Economic Challenges" tomorrow.

Deputy Chairman, Rajya Sabha will participate in the debate on the theme "Social Inclusion, Gender Equality and Women's Empowerment" tomorrow.

On 7th October 2022, Birla will deliver a Special Address inviting the G20 Speakers to India to attend the 9th P20 Summit to be held in 2023 under the Chairmanship of the Parliament of India.

During the Summit, Birla will also hold bilateral meetings with his counterparts of participating Parliaments. (ANI)