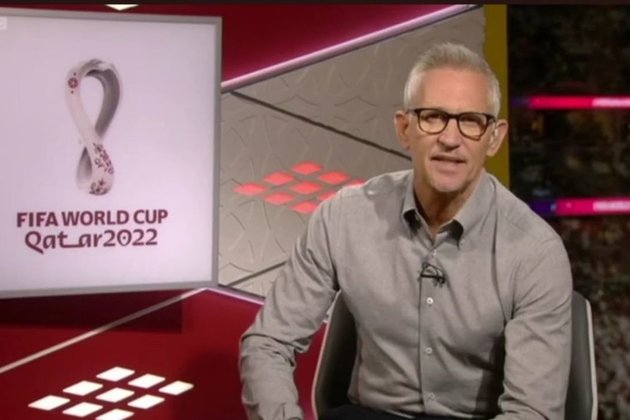 TV host Gary Lineker has defended the BBC's decision not to broadcast the opening ceremony of the 2022 FIFA World Cup in Qatar on its primary platform, after relegating the pageantry to its online player and instead opening its coverage with condemnation of the mistreatment of migrant workers and criticism of some of the more controversial elements of the under-fire tournament.

The highly-choreographed opening ceremony took place before the kick-off between host nation Qatar and Ecuador on Sunday, and featured hundreds of performers, a singer from a South Korean boyband and even Hollywood actor Morgan Freeman.

But if the goal of the opening ceremony was, as FIFA put it in a letter to each of the 32 countries taking part in the tournament, "to focus on the football," it was clear that the BBC overlooked that particular directive.

"It's the most controversial World Cup in history and a ball hasn't even been kicked," said Lineker, opening the broadcast.

"Ever since FIFA chose Qatar back in 2010, the smallest nation to have hosted football's greatest competition has faced some big questions - from accusations of corruption in the bidding process to the treatment of migrant workers who built the stadiums where many lost their lives.

"Homosexuality is illegal here. Women's rights and freedom of expression are in the spotlight. Also, the decision six years ago to switch the World Cup from summer to winter.

"Against that backdrop, there's a tournament to be played - one that will be watched and enjoyed around the world. Stick to football, say FIFA. Well, we will - for a couple of minutes at least."

The move drew criticism online, not least of which came from Lineker's frequent sparring partner Piers Morgan, who argued that it was "outrageously disrespectful" to the hosts to not show the opening ceremony.

"Outrageously disrespectful to Qatar that the BBC didn't broadcast the World Cup opening ceremony, and instead put out more virtue-signalling guff about how awful it is," he wrote. "If they're that appalled, they should bring home their vast army of employees & spare us this absurd hypocrisy."

Lineker later explained on social media that the decision to skip much of the opening ceremony was due to the BBC's prior broadcast commitment to feature a Women's Super League game between Chelsea and Tottenham, to which it had already agreed before the World Cup kick-off was brought forward by a day several weeks back.

Whether it could be described as 'virtue-signaling' or not, it is certainly remarkable that the UK's main rights-holder for the World Cup opted to forgo the requested narrative to instead shine a spotlight on the accusations which have faced both Qatar and FIFA.

The topic on the BBC, of course, eventually moved to the football and then to the hosts' insipid curtain-raising performance in their 2-0 defeat to Ecuador, but all of it conducted under a veil of condemnation of alleged widespread Qatari human rights abuses and the mistreatment of migrant workers, among other issues.