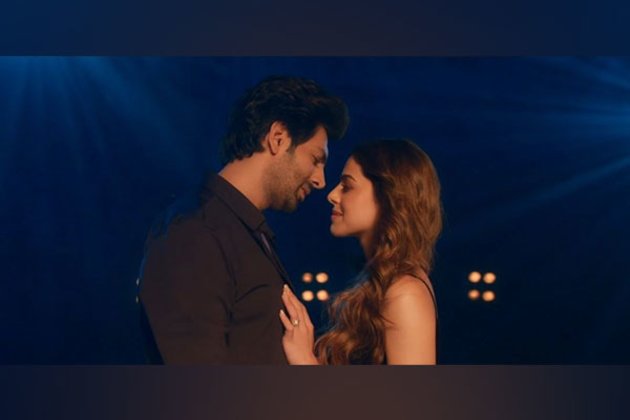 Taking to Instagram, Kartik shared the song which he captioned," A song of Freddy 's Love and Obsession Presenting the soulful TumJoMilo!! Freddy 2ndDec @disneyplushotstar."https://www.instagram.com/p/ClOAKoBDJFp/The romantic track is sung by Abhijeet Srivastava and is composed by Pritam.

The song creates a whole happy romantic vibe and Kartik's intense look in the video gathers all the eyeballs.

Soon after the 'Dhamaka' actor shared the song, fans swamped the comment section and dropped heart and fire emoticons.

Another fan wrote, "THIS IS SO SO GOOD OMG."Recently, the makers unveiled the first song of the film 'Kaala Jaadu' and the official teaser which got massive responses from the audience.

The teaser showed Kartik as the 'lonely, naive, nervous, honest, introvert, shy' dentist among many more qualities of the actor's character. He was seen treating patients in a clinic in the daytime. In the nighttime, he turns into a murderer as he drags a body into a forest.

Helmed by Shashanka Ghosh, 'Freddy' will stream exclusively on the OTT platform Disney Hotstar from December 2, 2022.

Apart from 'Freddy', Kartik will also be seen in a family entertainer film 'Shehzada' opposite Kriti Sanon and in a musical romantic drama film 'Satyaprem Ki Katha' opposite Kiara Advani, which is all set to hit the theatres on June 29, 2023. (ANI)