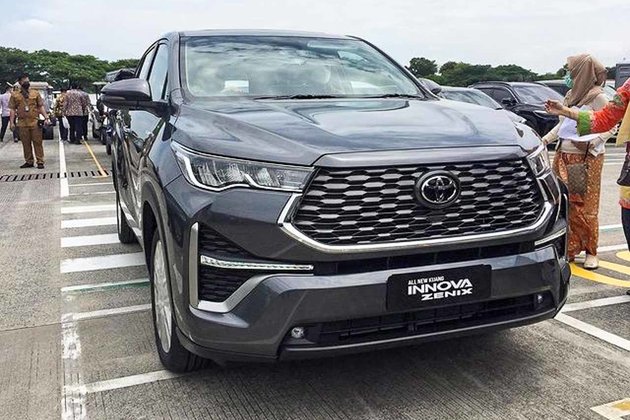 All-new Toyota Innova Hycross has made its global debut in Indonesia, where the MPV is named as Innova Zenix. India debut will take place on 25th November. Ahead of its launch, Toyota has confirmed that Innova Hycross will be equipped with hybrid powertrain. It is likely to be Toyota Hybrid System or THS, which is in use with other Toyota cars such as Urban Cruiser Hyryder.

Another update expected for Innova Hycross is a 2.0-litre petrol motor. Hybrid system will be available with top-spec variants, whereas other trims will be getting the standard engine format. There's a strong possibility that diesel option may be entirely discontinued for new Toyota Innova Hycross.

Toyota Hybrid System (THS) for India has been heavily localized to reduce production cost. THS can already be seen with Urban Cruiser Hyryder and its Maruti sibling Grand Vitara. However, Hycross will be getting a larger 2-0-litre motor as compared to the smaller 1.5-litre unit in use with Hyryder and Vitara.

THS offers multiple benefits such as reduced size and weight and higher fuel efficiency. Driving performance has also been improved and acceleration is much linear and responsive, with additional power supplied by the electric motor. Size and weight of the electric motors, power control unit and the battery pack have been reduced to achieve a lightweight profile and optimal fuel efficiency. THS also ensures that interior spaces are just as roomier and practical, as possible with standard variants.

Hycross will be equipped with a 2.0-litre motor that is part of Toyota's Dynamic Force engine family. It is in use with various other Toyota and Lexus models sold globally. Details about power and torque output and transmission options could be revealed at the time of launch. Toyota's Dynamic Force Engine utilizes high-speed combustion technology, along with a variable control system. With reduction in energy loss, thermal efficiency and output can be optimized.

Another focus area for Toyota's Dynamic Force Engine is increased torque delivery across the rev range. It is also future-proof, with capabilities to ensure compliance with stricter emission norms. Toyota's Dynamic Force Engine utilizes a number of advanced components such as world's first piston with laser pit skirt and laser clad valve seat for the intake valve seat.

Initial offer price for Toyota Innova Hycross is expected to be around Rs 20 lakh. Top-spec hybrid variants could be priced at around Rs 28 lakh. Deliveries are expected to commence from mid-January next year.