Kartik Aaryan turns 32: He is not just "king of monologues" but also "king of sequels" 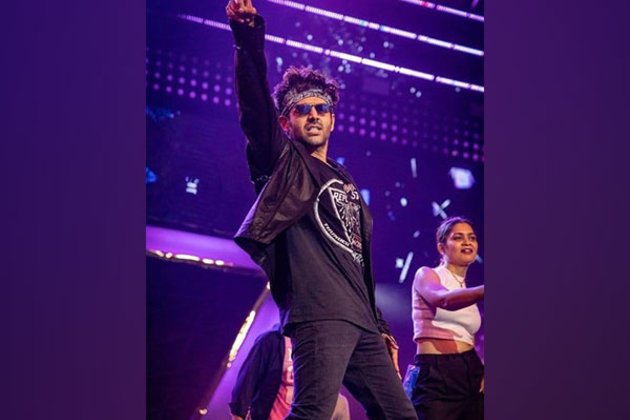 New Delhi [India], November 22 (ANI): Bollywood actor Kartik Aaryan enjoys a very massive fan following and post the success of his horror comedy film 'Bhool Bhulaiyaa 2' the actor has been on a signing spree and will be seen in many big projects soon.

From comedy entertainer films like 'Pyaar Ka Punchnama' to the intense thriller 'Dhamaka,' the actor has delivered some amazing performances in different genres over the years.

The actor came into the limelight after his 5-minute long monologue from 'Pyaar Ka Punchnama' got viral and netizens' praised him for his amazing dialogue delivery after which he bagged the title of 'Monologue king' from his fans.

And after 'Bhool Bhulaiyaa 2' success, Kartik also got the title of "King of the sequels", as he will soon be seen in various sequels of blockbuster hit films like 'Aashiqui' and 'Hera Pheri' for which fans have been eagerly waiting.

'Bhool Bhulaiyaa 2' was among the Bollywood films which got massive responses from the audience, whereas some big-budget failed to impress the fans at the box office.

Helmed by Anees Bazmee, the film also starred Kiara Advani and Tabu in the lead roles and collected over Rs 200 crores at the box office and Kartik received a lot of appreciation for his performance.

Taking a scroll back, Kartik faced a lot of backlash on social media after the makers unveiled his first look from 'Bhool Bhulaiyaa 2' donning a yellow salwar kameez, fans compared his look with Akshay Kumar's look from the first instalment.

But the actor proved his worth and delivered the biggest hit of his career in 2022.

After this, he became the director and producer's favourite and was offered the third instalment of the super hit franchise 'Aashiqui' with director Anurag Basu and also Firoz Nadiadwala's 'Hera Pheri 3'.

Actor Paresh Rawal, recently confirmed the news on his Twitter account that Kartik will be seen in the third instalment of 'Hera Pheri', for which he got mixed reactions from fans on social media.

Although an official confirmation from the makers is still awaited.

Apart from these, Kartik was also a part of Imtiaz Ali's romantic drama film 'Love Aaj Kal' but it failed to impress the audience at the box office and was also offered Karan Johar's 'Dostana 2' but due to his rift with the producer the 'Luka Chuppi' actor took an exit from the film.