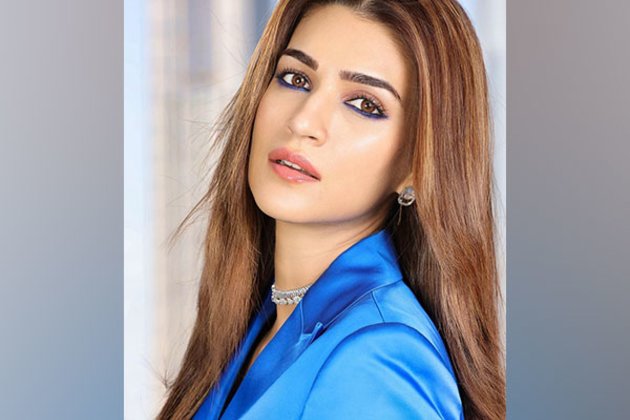 Mumbai (Maharashtra) [India], November 22 (ANI): Bollywood actor Kriti Sanon, on Monday, dropped an adorable post for her parents on the occasion of their marriage anniversary.

Taking to Instagram, Kriti shared some pictures and captioned it, "When all you need is each other! (And ofcourse meNups too)Happiest Anniversary Mumma Papa! You guys are the best example of kind of love and companionship I'd want in life.."https://www.instagram.com/p/ClOgsX1p9t-/In the pictures, Kriti shared some beautiful throwback pictures of her mom and dad.

Soon after she shared the post, fans flooded the comment section with red heart emoticons and heartfelt wishes for the couple.

"Happy Anniversary to them," a fan commented.

Another fan wrote," Happy anniversary to the cutest couple."Talking about the work front, Kriti will be next seen in an upcoming horror comedy film 'Bhediya' alongside Varun Dhawan, which is all set to hit the theatres on November 25, 2022.

Apart from that, she will be also seen in an upcoming Pan-India film 'Adipurush' alongside south actor Prabhas, Saif Ali Khan and Sunny Singh, in 'Ganpath: Part 1' opposite Tiger Shroff, and in 'Shehzada' along with Kartik Aaryan, which is all set to hit the theatres on February 10, 2023. (ANI)