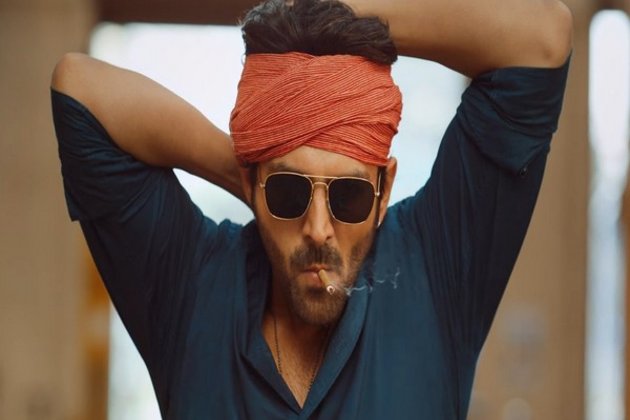 Mumbai [India], November 22 (ANI): On his 32nd birthday, actor Kartik Aaryan treated his fans with the first look of his much-anticipated film 'Shehzada'.

The 'Bhool Bhulaiyaa 2' actor took to Instagram to share the teaser. He called it 'a birthday gift' from his side.

Kartik will star opposite 'Mimi' actress Kriti Sanon in the film.

The 59-second teaser featured the 32-year-old actor, portraying the character of 'Bantu' in the film, thrashing a number of people in an extravagant fashion. It ends with leading lady Kriti winking at him, to which he reacts with a 'wow'.

Fans stormed the comment section with love and excitement for the film's arrival.

'Kartik surprised me..... looking forward to the movie' a fan wrote.

Another fan wrote, 'This is the best gift for us'.

The 'Ala Vaikunthapurramuloo' remake is helmed by 'Desi Boyz' director Rohit Dhawan.

"Kartik is such a brilliant and nuanced actor and what better way to celebrate our very own Shehzada than this! The first look is a treat for his fans." Bhushan Kumar said in a press statement.

Aman Gill added to Kumar's statement, "Kartik is a dream to work with, we all had a blast shooting this film, his personality is infectious so we thought this would be a sweet little thing we did for his birthday to celebrate Shehzada's birthday with the first look of our film."Shehzada is all set to release in theatres on February 10, 2023.