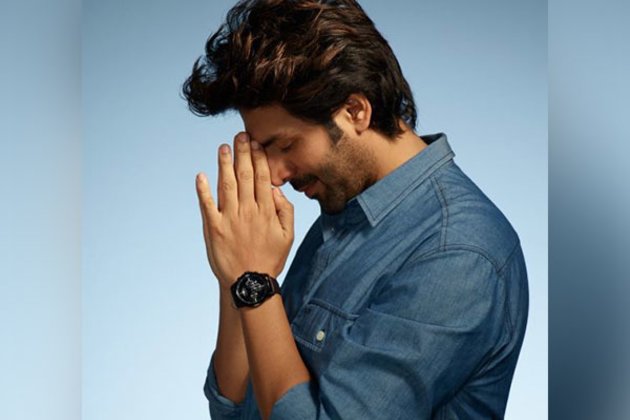 New Delhi [India] November 22 (ANI): Bollywood's new favourite star Kartik Aaryan, who ringed into his 32nd birthday on Tuesday, has gradually carved a separate niche for himself in the film industry but it has not a path laid with flowers for him.

There is a famous dialogue from Shah Rukh Khan's film 'Om Shanti Om' which goes, "Kehte hain agar kisi cheez ko dil se chaho, to puri kayanat usse tumse milane ki koshish mein lagg jaati hai."This dialogue holds true for Kartik because no one could have imagined that a boy from Gwalior, who came to the city of dreams, Mumbai, to pursue his engineering degree while secretly harbouring ambitions for a film career, will one day become one of the most sought after Bollywood stars.

Though he had started with his engineering degree, Kartik used to skip classes and travel for hours to attend movie auditions with the dream of one day becoming an actor.

It was in 2011, while still in his third year of college, Kartik made his acting debut with Luv Ranjan's buddy film 'Pyaar Ka Punchnama', and his character's four-minute monologue, which was one of the lengthiest single shots done for a Hindi film to that point, became a hit with clips of that scene going viral on the internet.

Following that, his second release was 'Akaash Vani', which dealt with the sensitive topic of marital rape but did not do commercially well.

He also did 'Kaanchi: The Unbreakable' and that too had a similar fate; however, it was 'Pyaar Ka Punchnama 2' that once again made the actor re-emerge and with a couple of duds after that Kartik finally got his big break with 'Sonu Ke Titu Ki Sweety' which gave him nationwide fame and it has been no looking back from there.

He continued to climb the ladder of success with films like 'Luka Chuppi', 'Pati Patni Aur Woh' and 'Dhamaka' among others.

Being an outsider, it is no secret that Kartik made it big in the industry without any Godfather and his last release 'Bhool Bhulaiyaa 2' has only further boosted his path to superstardom.

Apart from his screen presence, Kartik might be one the most real celebrities one might ever come across. While promoting his film, or heading out in the city, he makes it a point to engage with his fans.

Also, it's no secret the effect that Kartik's killer looks have on his fan base, with him being one of the most eligible bachelors in the nation and girls swooning over wherever he goes.

A couple of months ago, a video of Kartik went viral in which he was seen consoling and hugging a young female fan as she broke down after meeting her favourite actor.

https://www.instagram.com/p/Chpsw1pqwRO/Kartik has steadily emerged as Bollywood's lone wolf, whose dashing personality and killer smile has made millions of people lose their hearts to him.

He is not only a brilliant actor but evidently also enjoys a huge social media fan following. With future projects like 'Freddy', 'Shehzada' and 'Satyaprem ki Katha' among others in his kitty, he will keep conquering new peaks of stardom. (ANI)