Anupam Kher attends screening of 'The Kashmir Files' at IFFI 2022 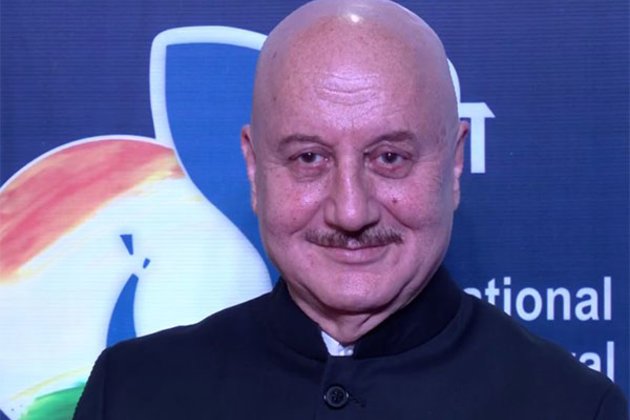 Panaji (Goa) [India], November 23 (ANI): Veteran actor Anupam Kher marked his presence at the special screening of his hit film 'The Kashmir Files' at the ongoing edition of the International Film Festival of India in Goa.

He attended the screening wearing a black bandhgala suit. He also clicked pictures with the cine enthusiasts who literally beamed with joy on seeing him at the event on Tuesday.

Expressing his happiness about Kashmir Files' screening at the prestigious festival, Kher said, "Great to be at the 53rd edition of IFFI representing TheKashmiraFiles. In the last 38 years that I have been attending this festival, celebrating world cinema, it has come a long way. Congratulations to everybody for the spectacular organisational display of hard work and talent."He also shared a few glimpses from the screening on his Instagram account.

Coming back to 'The Kashmir Files', it is helmed by Vivek Ranjan Agnihotri.The film, which was released in theatres on March 11, revolves around the genocide of Kashmiri Pandits in 1990. Ir was made on a budget of Rs 15 crore and ended up grossing over Rs 350 crore worldwide.