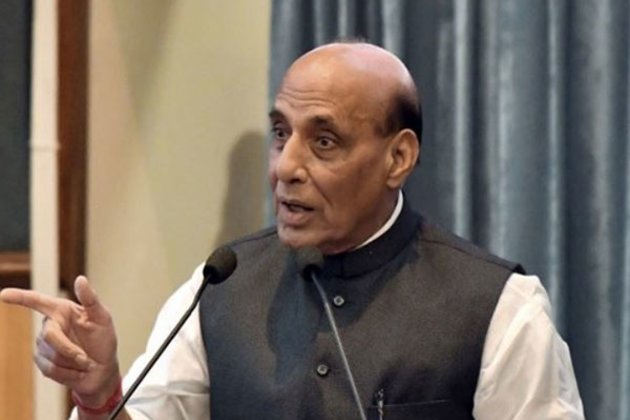 Siem Reap [Cambodia], November 23 (ANI): Defence Minister Rajnath Singh on Wednesday described transnational and cross-border terrorism as the gravest threat that the world is facing, and called for urgent and resolute intervention by the international community.

He made this call at the 9th ASEAN Defence Ministers Meeting, during the Cambodia-chaired ADMM Plus gathering at Siem Reap.

Addressing the ASEAN ministers, Singh said, "The gravest threat requiring urgent and resolute intervention by the international community is transnational and cross-border terrorism. Indifference can no longer be a response, as terrorism has found victims globally."The minister highlighted how terrorist groups have created interlinkages across continents backed by new-age technologies to transfer money and recruit supporters. "The transformation of cyber-crimes into organized cyber-attacks point to the increasing use of new technologies, by both, State and non-State actors," he added.

He also noted how the United Nations Security Council Committee on Counter-terrorism met last month in New Delhi last month had adopted the Delhi Declaration to counter the use of new and emerging technologies for terrorist purposes.

"While terrorism continues to remain a big threat, other security concerns that have emerged in the aftermath of the global COVID-19 pandemic cannot be ignored. The ongoing geo-political developments have brought the world's attention to the challenges of Energy and Food Security," he said.

Amid China's growing assertiveness on maritime issues, the Defence Minister also reaffirmed India's call for a free, open and inclusive order in the Indo-Pacific region.

"India calls for a free, open and inclusive order in the Indo-Pacific, based upon respect for sovereignty and territorial integrity of all nations, peaceful resolution of disputes through dialogue and adherence to international rules and laws," Singh said.

Without naming anyone country or incident in particular, he also raised concerns about "complicating actions and incidents" that have eroded trust and confidence and undermined peace and stability in the region.

"India stands for the freedom of navigation and overflight, unimpeded lawful commerce, peaceful settlement of maritime disputes and adherence to international law, particularly, the United Nations Convention on the Law of the Sea (UNCLOS) 1982," he said.

Singh also hoped that the ongoing negotiations on the Code of Conduct on the South China Sea will be fully consistent with international law, in particular, UNCLOS, and should not prejudice the legitimate rights and interests of nations that are not a party to these discussions.

Singh said ASEAN Defence Ministers are meeting when the world is seeing increasing strife amplified by disruptive politics. "A peaceful Indo-Pacific, with ASEAN at its centre, becomes vital more than ever for the security and prosperity of the world," he said.

With participation from 10 countries of the ASEAN and 8 major PLUS countries, Singh said ADMM Plus can position itself not just as a forum for regional security but a driver for world peace. (ANI)