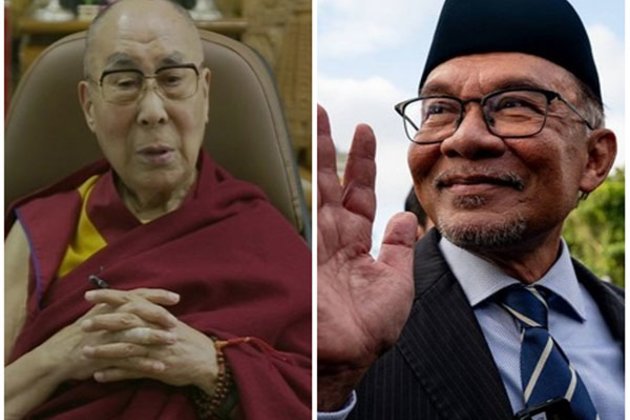 In his congratulatory letter, Dalai Lama said, "I had the pleasure of visiting your beautiful country in 1982." He further added, "When I was invited to speak on peace and universal responsibility. I was also happy to have the opportunity of exchanging views with the late Prime Minister Tunku Abdul Rahman and other leaders.

"These are very challenging times. It is my hope that Malaysia will continue to prosper and make a significant contribution to the peace and stability of our increasingly interconnected world. I wish you every success in meeting the challenges that lie ahead in fulfilling the hopes and aspirations of the people of Malaysia."Earlier today, Malaysia's Palace in a statement announced that Anwar Ibrahim will be the new PM, and this decision was taken after King held discussions with other rulers in a special meeting of the nation's nine state monarchs, The Straits Times reported.

Taking to Twitter, PM Modi said, "Congratulations Dato' Seri @anwaribrahim on your election as the Prime Minister of Malaysia. I look forward to working closely together to further strengthen India-Malaysia Enhanced Strategic Partnership."Anwar Ibrahim has been sworn in as Malaysia's new prime minister. "After going through the views of the Malay rulers, His Majesty has consented to appoint Datuk Seri Anwar Ibrahim as Malaysia's 10th Prime Minister," reported The Straits Times.

Ibrahim's rise to the post of Malaysia's Prime Minister comes after he was sacked as deputy premier in 1998 amid allegations of sodomy and abuse of power. The new government in Malaysia is set to be formed, five days after a general election.

The announcement regarding Malaysia's Prime Minister comes after the majority of parties agreed to King Sultan Abdullah Ahmad Shah's proposal for a unity government. The development comes as Parti Keadilan Rakyat President Anwar Ibrahim and his rival Perikatan Nasional (PN) chief Muhyiddin Yassin were not on the same page and were unable to gather the support of 112 MPs required for a majority in the legislature, according to the news report.